Piedmont Poodles was founded by Barrie & Tony Drewitt-Barlow in 1987. Piedmont Poodles can be found in many of the well known pedigrees that have been successful in the show ring.

We do not breed litter after litter, sometimes, there are several years between litters. The aim of breeding is to produce something that we would be happy to show and breed from in the future. Making money from breeding a litter of pups is not what we are about at all, and we will not work with the breeders who are only interested in making money from their pups.

If you are interested in a pup from us, we would be honored to work with you to find the one that will be with you for the next 12 plus years! You having a Piedmont Poodle means we have a friend for life! Sometimes we might have a pet pup for sale, if you’re interested, please visit the available page and see what we have. If we do not have any litters at the time you are looking, we will know someone somewhere that will have a litter so get in touch and let’s see if we can help you. Word of mouth is the best way to find a pup!

After much success with Multi Champion Del Zarzoso Rubio Con Gancho, we imported the now well known American Dog, Ch Torchlight Attention to Detail at Piedmont, (Travis) From Timmy Brazier in Seattle, who is behind some of the best dogs in the ring right now, in both the USA and Europe, via his son, Champion Piedmont How About That, Michael, owned by another great kennel, Lorena Merati at Samarcanda Kennel Italy.

Michael was used by several breeders, including Carlos at Del Zarzoso, on his bitch Ch Del Zarzosa Soy Yo of Panizzi, that breeding produced Ch Del Zarzoso Voce Abusou, who was mated to Ch./Am. Ch. Afterglow Sugar Daddy, that produced one of my all time favorite dogs, Ch Del Zarzosa Salvame from Afterglow.

He was later mated to the beautiful Ch Topcatana Sugar Cube Afterglow, producing another amazing show dog, Ch./Am. Ch. Afterglow Maverick Sabre. A list of amazingly dogs that have really brought the breed on.

Michael is also the Great Grandfather of Crufts supreme Ch Afterglow Maverick Sabre one of the most fantastic standard poodles ever bred by a UK breeder.

Also another influential son of Travis, was Champion Piedmont Don Michael for Highla owned by Ann Rawlinson. Another well know Piedmont Champion was, Ch Pamplona Tina Turner at Piedmont. Michaels Mother, who was from a fine line of well known champions from Europe. 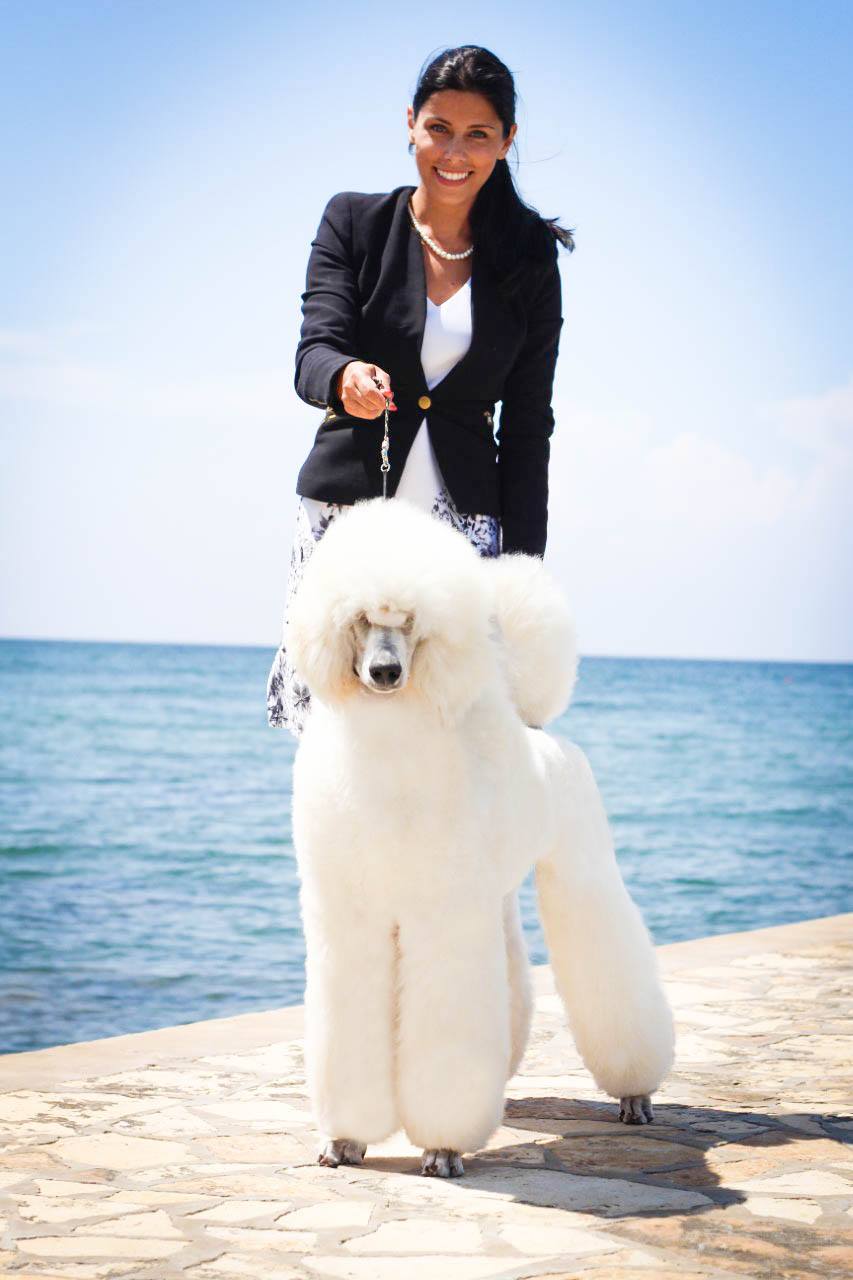 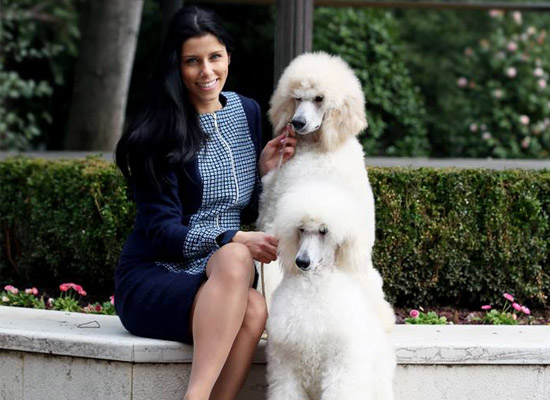 We are very excited with our current show team; Headed by our Special Boy – GCH Tarquin Huffish Piedmont Starboy who is a multiple group winner, Speciality Best In Show winner and multiple Reserve Best in Show at many all breed shows.

We are super excited about the future with these two girls. They promise to be outstanding dogs for sure and we will update our pages as much as possible to bring you all their news. – Exclusively handled/groomed/cared for by Chris and Rachel – Tarquin Kennels.

We also have our Canadian Champion Piedmont Bar-None Papi Chulo, currently in Canada with Terry and he will be showing in the USA any moment…..

After 25 years – We recently brought a min back into our lives Belcourt Trompe L’oeil Piedmont. We are very excited to introduce Iris to you all. Iris is currently showing with Terry and will come over to the USA in the near future.